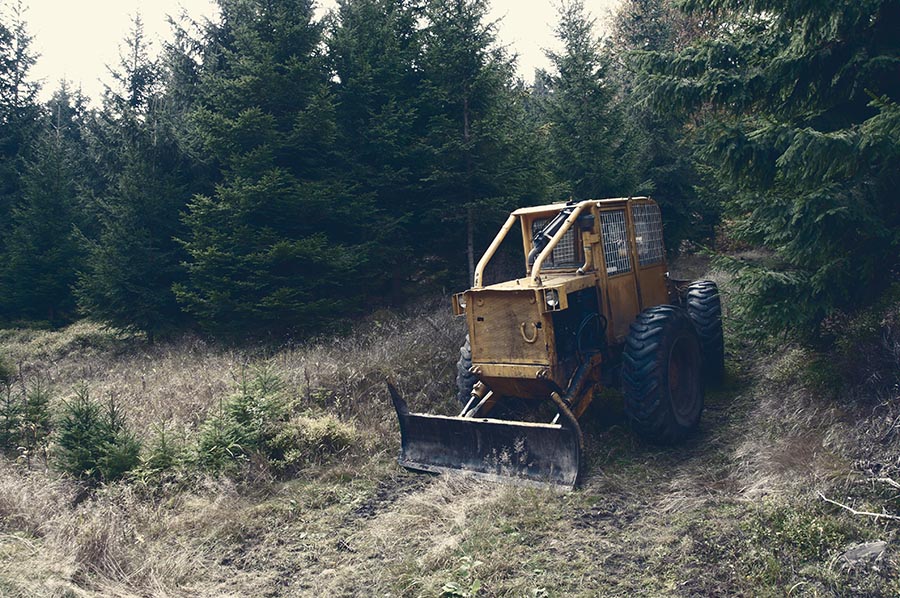 As of Monday the 5th of February 2018, the Berlin Wall will have been down for longer than it stood: 28 years, 3 months, and 28 days. In our latest blog post we take a look at eight strange Berlin Wall escapes and the desperate lengths people would go to escape from the German Democratic Republic.

Erected on the 13th of August 1961, The Wall divided Berlin for 28 years during the Cold War and claimed the lives of, as official records currently state, 140 people, until its fall on the 9th November 1989.

What started as a ramshackle border fence, comprising mostly of barbed wire and concrete posts, would be continually expanded into a 157-kilometre long fortress consisting of two walls with an armoured ‘no-man’s-land’ running in between – nicknamed, with characteristic German candour, the ‘Death Strip’. Unlike the no-mans land of the First World War, the control zone of the Berlin Wall was entirely in the territory of one power – East Germany – a country determined to stop the flow of citizens escaping West across its borders – using lethal force if necessary.

Those East Germans who attempted to cross The Wall were risking their lives to do so. And as the fortifications became higher and broader, so did the methods of escape employed to best the barrier become more daring and creative. Here are eight of the strangest ways in which people managed to escape across the Berlin Wall.

A Walk on the Wild Side
Date: 16th August 1965
Location: Checkpoint Charlie

Unusual in terms of its simplicity and split-second daring. A 20-year-old East German man, unnamed in the STASI file pertaining to the incident, was walking on the Friedrichstrasse as a US coach pulled up to return to West Berlin through Checkpoint Charlie. When the vehicle drew to a halt to enter the checkpoint, the man realised that the bus was obstructing the view of the Grepos (Border Police) on duty. Moving in close as the coach began to move on, the man used it as a shield, walking through one of the most heavily guarded border crossing points in the whole of the city entirely unnoticed. Witnesses from the scene were unable to confirm if he was whistling a whimsical tune as he went.

Major Bruno Krajewsky was a member of the SED and a senior officer in the border police. As ‘Sub-Departmental Leader for the Investigation of Special Occurrences’, he was considered ultra-loyal. It was his job to probe for weaknesses in the Berlin Wall and eliminate them. His record was whiter than white. It thus came as quite the shock to the East German regime when Bruno used his intimate knowledge of the border to bust through it. In the dead of a foggy December night Bruno, his wife, their three children, and other family members gathered on the eastern shore of one of the border lakes. Climbing into a boat together, Major Krajewsky rowed his family quietly over the lake, before presenting himself to flabbergasted West Berlin police, who had believed it impossible to get past the numerous East German patrol boats. Not for a pro like Bruno.

Statistically, it was overwhelmingly the case that those who escaped across the Berlin Wall were young, male, and working in some sort of manual trade. Overwhelmingly the case, but not always, as a group of spunky East Germans of a superior vintage would prove in the summer of 1962. For over two weeks, the 12 senior citizens spent their days underground, digging a 32-metre long tunnel from Alt Glienicke in East Germany into the West Berlin locality of Frohnau – the entrance of which was hidden beneath a chicken coop. For an escape tunnel, it was unusually high, at 1.75 metres. The seniors had spent extra, painstaking hours making the tunnel tall enough so that they could walk through as opposed to crawling. As one of them explained: “We wanted to walk to freedom with our wives, comfortably and unbowed.”

In the eyes of the East German border police, forks and hoes were tools unsuited to the job of keeping the Death Strip free of weeds and unwanted flora. They used some more serious hardware: bulldozers weighing 12 tons with bulletproof steel plating covering both the cabins and the fuel injection pumps. It would come back to bite them. Two married couples would commandeer one such bulldozer and, along with a three-year-old child, use it to flatten several border fences. Grepos are reported to have fired over 60 shots at the marauding machinery to no avail before it crashed into a tree in the outskirts of West Berlin’s Spandau district. The escapees emerged dazed but triumphant, two of the adults sporting wounds where bullets had grazed them.

27-year-old Harry Dieterling was an engine driver who was determined to put his life on a different track, by smashing a scheduled passenger train through barriers at the Albrechtshof border station into the West Berlin district of Spandau. Throughout the latter portion of 1961, he had been recruiting people to ride what he called ‘the last train to freedom’. In total there were 32 people on board – 7 of whom were members of Dieterling’s family – pressed to the floor of the carriage as it careened toward the Berlin Wall. When the train finally screeched to a halt, no one was injured and most inside were jubilant. Most, but not all. The train’s conductor and seven other passengers had known nothing of Dieterling’s plans and immediately returned to the East on foot.

Both brilliant and hairbrained in equal parts – proving classic plans have no sell-by-dates, Western escape helpers got their hands on a life-size model of a bull with a hollowed out belly. Driving it in the back of a van up and down the transit motorway between West Germany and West Berlin, escape helpers would pick up East Germans who had paid handsomely (5000 Deutsch Marks upfront, another 5000 Deutsch Marks later if the escape was successful) and conceal them inside the cow. They would then drive through border crossing points into either West Berlin or West Germany, depending on their direction of travel, telling border guards they were simply transporting a display item when the vehicle was searched. The ruse fooled border guards twice and was only discovered when the plot was betrayed.

Horst Klein was a trapeze artist who had been blackballed by the East German authorities for his ‘anti-communist’ ideas and was thus banned from performing in the GDR. Rather than settling into prescribed employment, Horst packed his bags and said goodbye to the socialist circus, using his unique expertise to best the border with flair. Scaling an electricity pole, Klein climbed hand-over-hand along a high tensile cable that spanned the Berlin Wall. When he became fatigued he hoisted himself atop the wire and continued by edging his body along the top of it. He was so tired when he reached the safety of West Berlin that he fell from the cable breaking both of his arms. 10 points for execution, 0 points for the landing.

To take on the Berlin Wall at the absolute heart of East Germany’s power structure took next level bravery. Enter Heinz Holzapfel, an engineer and economist, who had been called to the GDR’s House of Ministries (where East German premier Willi Stoph had offices) for a meeting. Disillusioned with socialism, Holzapfel bought along his wife and young son and holed his family up in a toilet cubicle, hanging an ‘out of order’ sign on the door. Late in the evening the Holzapfels emerged and made for the roof. Heinz hurled a hammer, painted with phosphorus and attached to a length of thin rope, across the Wall, which ran parallel to the southern edge of the building. Escape helpers in the west attached metal cable to the hammer and then the Holzapfels pulled it back up onto the roof. Using a homemade harness made of a bicycle wheel axle, Heinz first sent his son and then his wife gliding over the border via zip line, following after them himself. In a stunning turn of events, Soviet officers had witnessed the entire escape but presumed the STASI was smuggling agents into the west and didn’t open fire. When you devise an escape that daring, you deserve a healthy slice of luck.

To learn more about the history of East German and life behind the Iron Curtain, have a look at our Republic Of Fear tours.

Think you already know enough about life in the ‘Workers and Peasants State’? Take our Republic Of Quiz and find out.