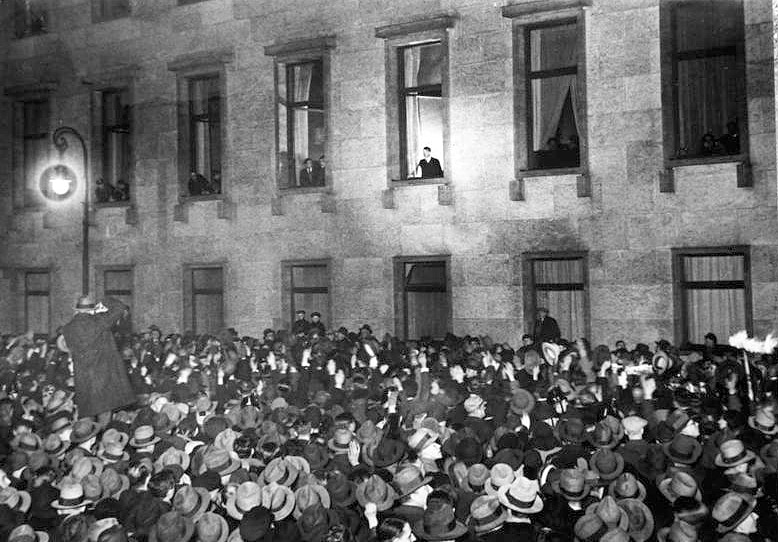 Are you an expert on Berlin’s time as Hitler’s capital city?

Find out how much you know about the history of Nazi Germany and Berlin’s place in it with our 20 question quiz.

If you end up stumped, don’t worry, you can join one of our Capital of Tyranny tours and brush up for the next attempt…

#1. Who was the Nazi Gauleiter of Berlin?

In August 1926, Joseph Goebbels was offered the position of Nazi Gauleiter in Berlin – travelling to the city in September before accepting the role in October 1926. In late April 1930, Goebbels would be appointed Reich leader of NSDAP propaganda – eventually elevated three years later when the office of Reich Ministry of Public Enlightenment and Propaganda was created on March 14th as part of the Nazi takeover. 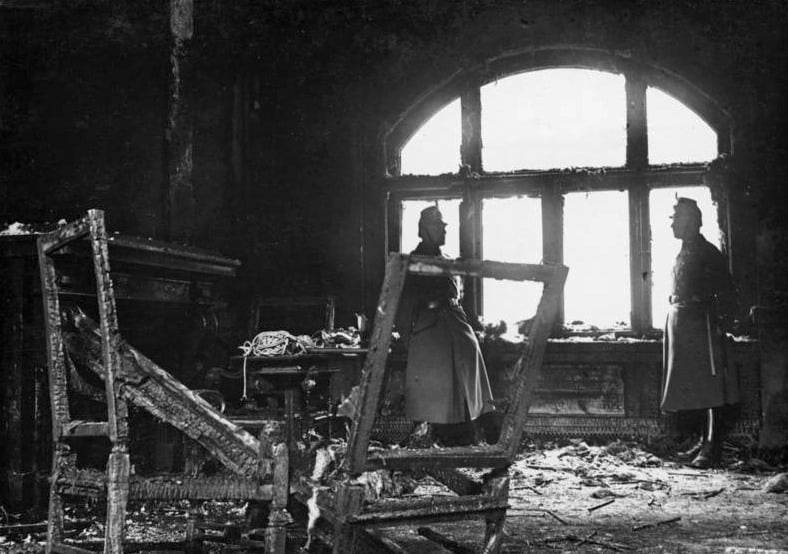 #2. The Reichstag Fire trial took place in which German city?

In July 1933, Marinus van der Lubbe, Ernst Torgler, Georgi Dimitrov, Blagoi Popov, and Vasil Tanev were indicted on charges of setting the Reichstag on fire. From September 21st to  December 23rd 1933, a trial took place at Germany’s highest court – in Leipzig – presided over by judges from the German Supreme Court, the Reichsgericht. 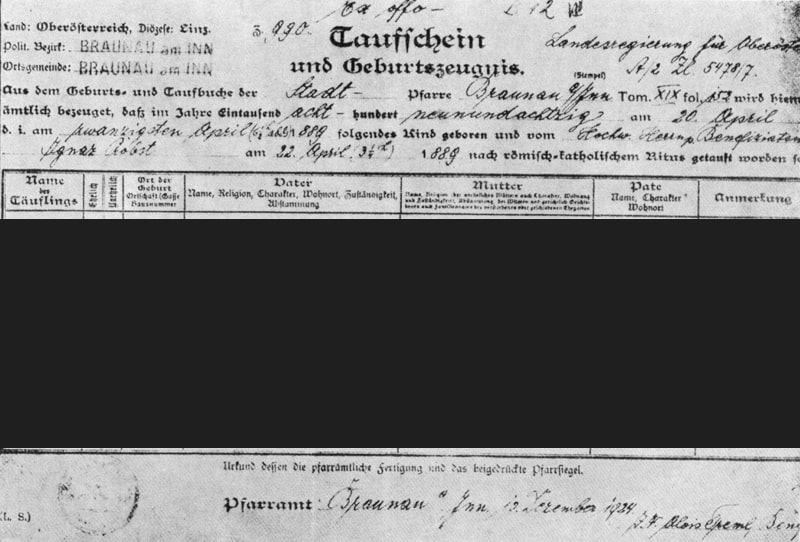 FALSE: Adolf Hitler’s name is recorded as Adolfus Hitler on his birth certificate.  Alois Schicklgruber (Adolf’s father) changed his surname on January 7th 1877 to Hitler, which was the only form of the last name that his son Adolf used.

#4. The first plane to bomb Berlin during the Second World War belonged to which country?

A French Farman known as the Jules Verne – part of the French Naval Aviation – was the first Allied bomber to raid Berlin: on the night of June 7th 1940 it dropped eight bombs of 250 kg and 80 of 10 kg weight on the German capital. 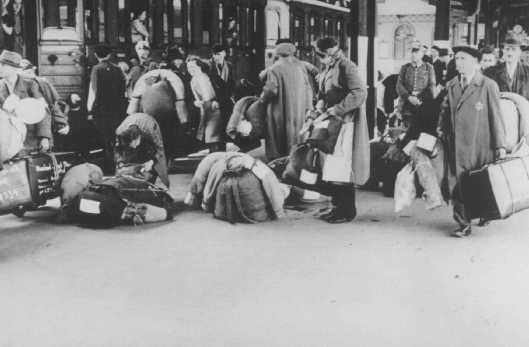 #5. Which of these train stations was not used as a deportation point during the Nazi period?

Previously known as Lehrter Bahnhof, Berlin Hauptbahnhof was only opened in 2006 and did not serve as a deportation point in Berlin for the city’s Jewish population. The three other stations: Grünewald, Moabit, and Anhalter Bahnhof, however did. 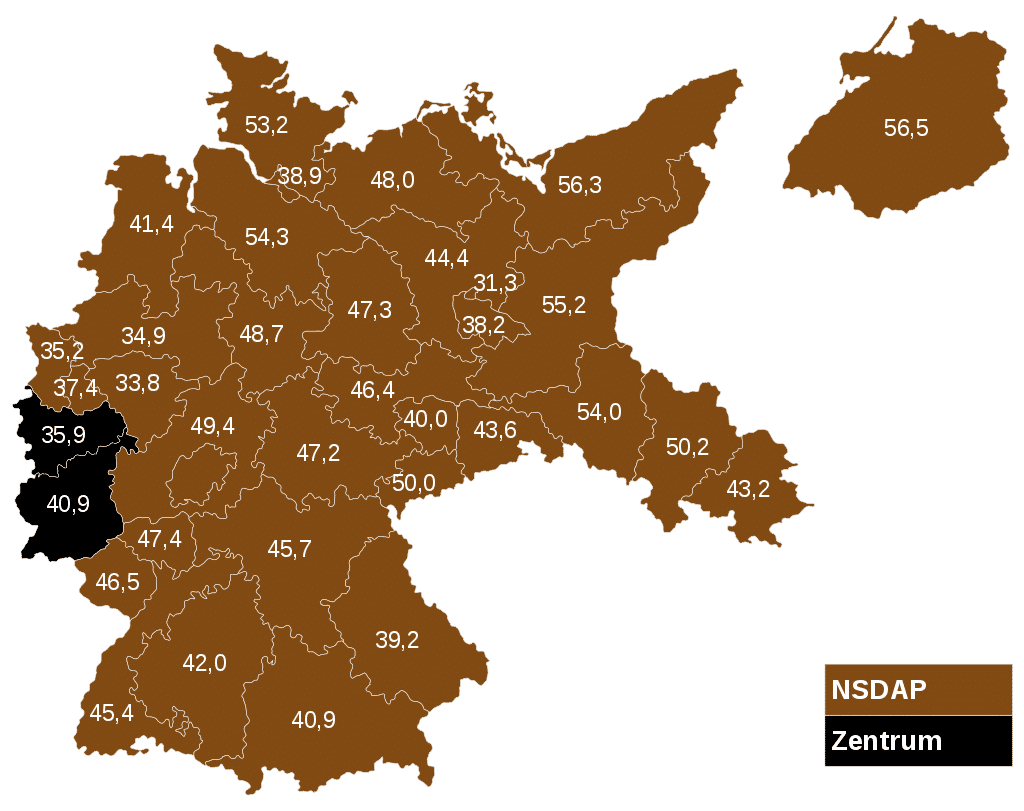 #6. The March 1933 election saw the Nazi party take what percentage of the vote?

In the two elections to the Reichstag in 1932 and in the election of 1933, which was free only on paper, the NSDAP won the largest share of the vote by far. The latter took place only six days after the Reichstag fire and despite waging a campaign of terror against their opponents, the National Socialists only tallied 43.91% of the vote, well short of a majority.

#7. The square in Berlin’s Mitte district where the Nazi book burning took place is now named after which famous German politician?

Originally named Platz am Opernhaus, after the adjacent Berlin State Opera, this square was renamed after the politician August Bebel on August 31st 1947 – while Berlin was still a divided city and the square sat in the Soviet zone of occupation. Contrary to popular perception, the square was not named after the Opera when the 1933 book burnings took place here, but since August 12th 1910, had been named after Emperor Francis Joseph I of Austria (Kaiser-Franz-Josef-Platz) – on the occasion of his 80th birthday. 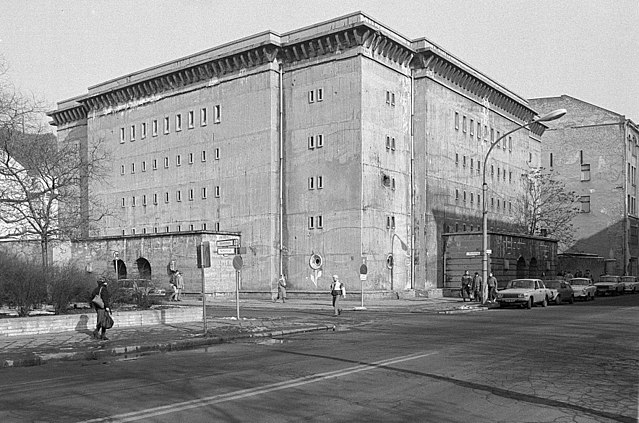 #8. One of the few remaining Nazi era air raid shelters – constructed near Friedrichstrasse station – is now used for what?

Like most things in Berlin, this bunker was used as a nightclub in the 1990s – suitably titled Bunker. However, it was purchased in 2003 by advertising agency owner Christian Boros and is now an art gallery. 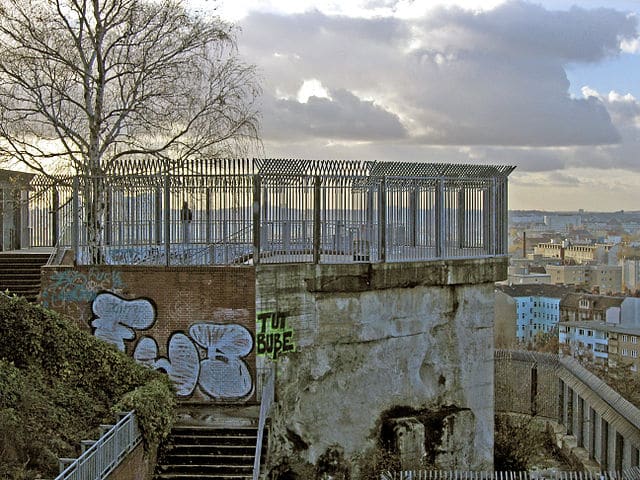 #9. Of the three huge anti-aircraft towers constructed in Berlin, only one remains – the Humboldthain tower – the remains of the second tower can be seen in the Friedrichshain park. Where was the third tower previously located?

The Zoo flak tower was constructed in 1941 and demolished in 1947. Its primary role was as a gun platform to protect the government building district of Berlin; in addition, the Hochbunker (blockhouse) was designed to be used as a civilian air-raid shelter. It also contained a hospital and a radio transmitter for use by the German leadership, and provided secure storage facilities for art treasures. The present day hippo pit in the West Berlin Zoo was constructed on the remains of the Zoo Bunker. 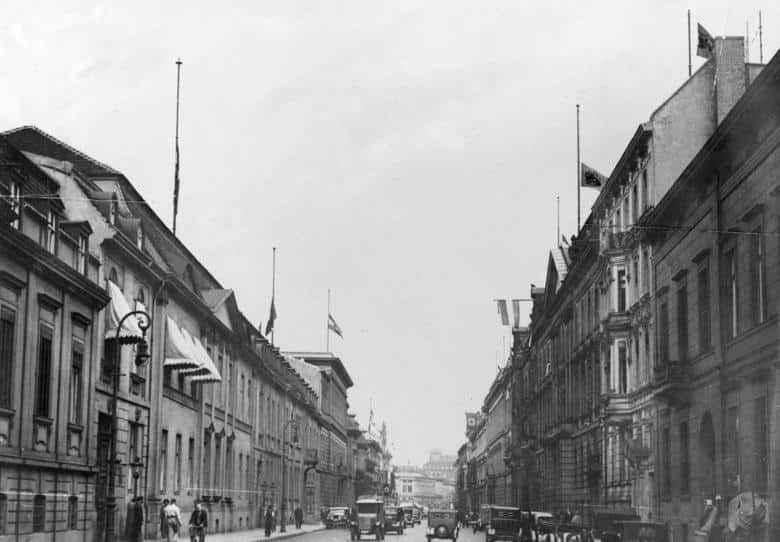 #10. Which of these former Nazi government ministry buildings still exists?

Constructed in 1936, the Reich Aviation Ministry is now used by the German Finance Ministry. Despite extensive damage to the other buildings on Wilhelmstrasse, this structure survived the Second World War in relatively good condition. 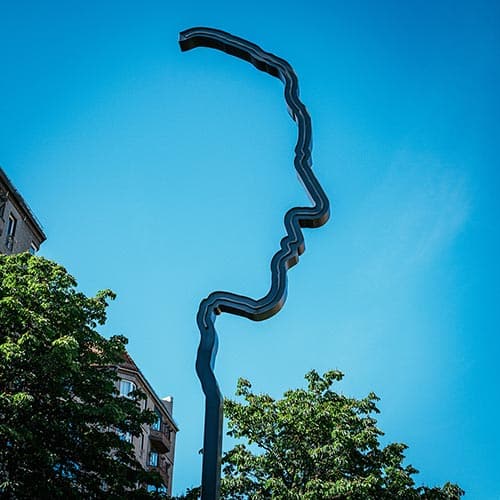 #11. This memorial located on Wilhelmstrasse is dedicated to which anti-Nazi figure?

This steel sculpture on Wilhelmstrasse was added in November 2011 to commemorate the actions of Georg Elser – the man who almost assassinated Adolf Hitler in 1939 in a beer hall in Bavaria, using a homemade explosive and timer. 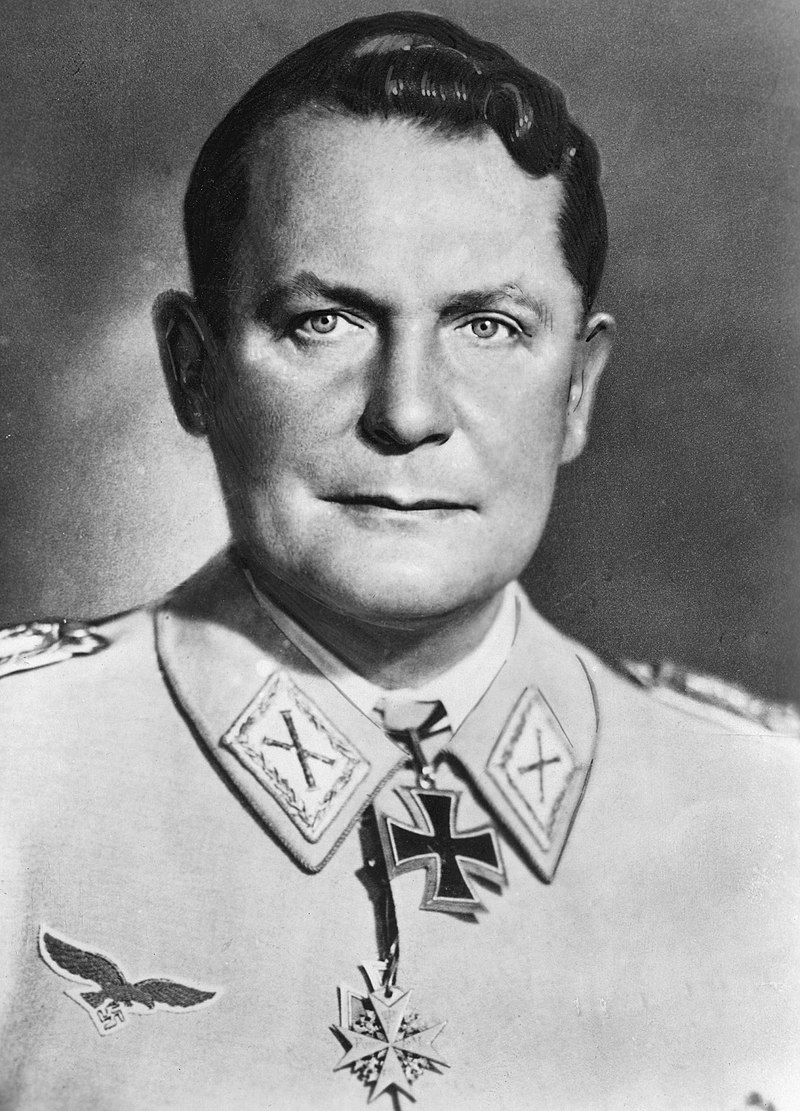 #12. Which of these official positions did Hermann Göring not occupy?

Known for his flamboyant dress and occupation of numerous official offices, Herman Göring was never Reich Minister of Justice. That position was occupied by Franz Gürtner – the man who obtained Hitler’s early release from Landsberg Prison, and later persuaded the Bavarian government to legalize the banned NSDAP, and allow Hitler to speak again in public.

In his last will and testament, Hitler named no successor as Führer or leader of the Nazi Party. Instead, he appointed Joseph Goebbels as Reich Chancellor; Grand Admiral Karl Dönitz, who was in Flensburg near the Danish border, as Reich President; and Martin Bormann as Party Minister. 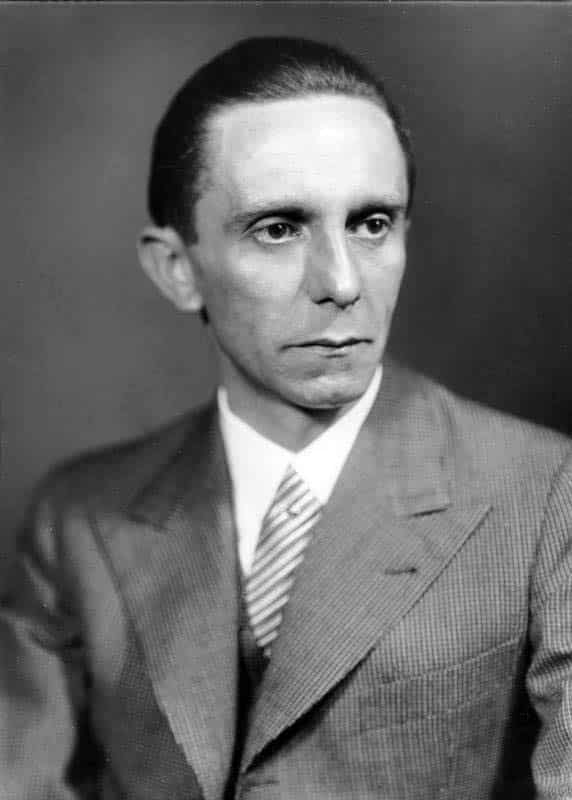 #14. Speaking at the Berlin Sportspalast on February 18th 1943, Nazi Propaganda Minister Joseph Goebbels called for what?

Contary to the initial Nazi war plan of Blitzkrieg as a method of reaching the quickest possible result, in February 1943 Joseph Goebbels called on the German people to embrace ‘Total War’ and the mobilisation of all of German society – for the “shortest war” – in a speech he made at the Sportspalast in Berlin. The term Total War can be traced back to the 1935 publication of German General Erich Ludendorff’s World War I memoir, Der totale Krieg (The total war). Ludendorff who was an early ally of the Nazi Party in Munich and participated in the Beer Hall Putsch. 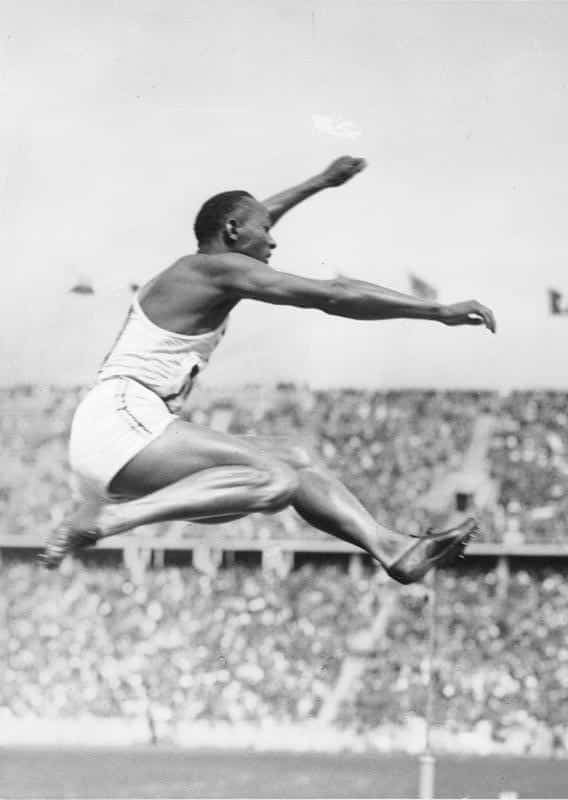 #15. US athlete Jesse Owens won how many gold medals at the 1936 Summer Olympics? 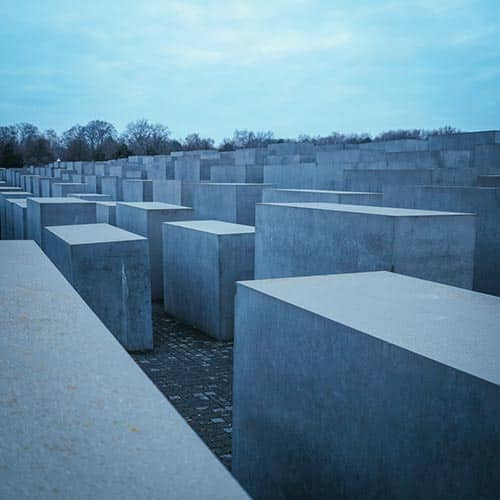 #16. Berlin’s Memorial for the Murdered Jews of Europe was built on the site of what?

From the end of the Second World War until the construction of the Memorial for the Murdered Jews of Europe in 2005, this area remained somewhat empty – the border between East and West Berlin and for much of the Cold War period part of the ‘Death Strip’ of the Berlin Wall. 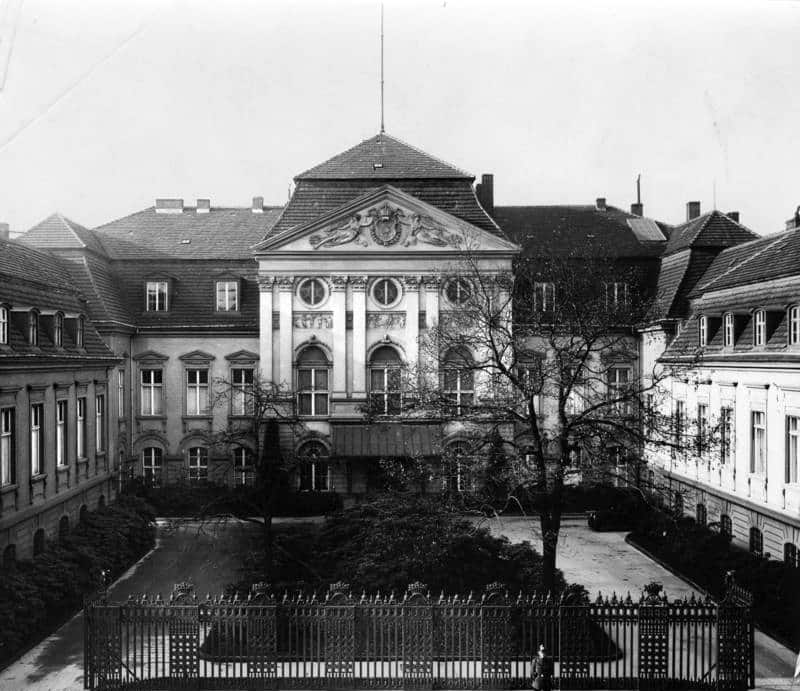 #17. Deciding to construct a new Chancellery building, Hitler describes the old structure as what?

On taking power in 1933, Adolf Hitler commented that Bismarck’s Old Chancellery was “fit for a soap company” but not suitable as headquarters of a Greater German Reich. It nevertheless remained his official residence with its recently refurbished representation rooms on the ground floor and private rooms on the upper floor where Hitler lived in the so-called Führerwohnung (Leader apartment). The Old and New Chancellery shared the large garden area with the underground Führerbunker, where Hitler committed suicide at the end of April 1945. 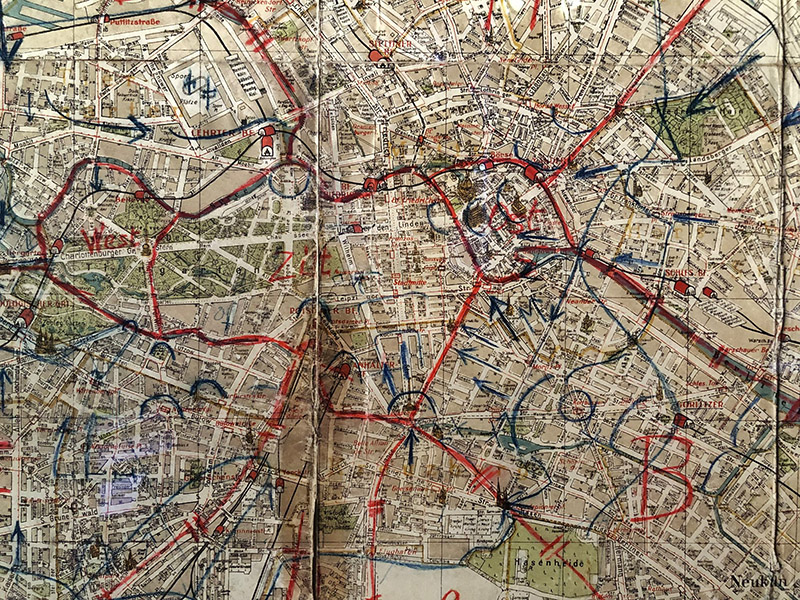 #18. What was the Nazi codeword for the defensive operation in Berlin in 1945?

Operation Clausewitz was the code word for the defence of Berlin. Named after the 19th century Prussian General and military theorist, Carl Philipp Gottlieb von Clausewitz, the plan was established in the 9 March 1945 document, Basic Order for the Preparations for the Defense of the Reich Capital (Grundsätzlicher Befehl für die Vorbereitungen zur Verteidigung der Reichshauptstadt), a 33-page document containing 24 separate points. The second point of the document: “The Reich capital will be defended to the last man and to the last bullet“, has been referenced to explain the Nazis’ costly stand against the Soviets. 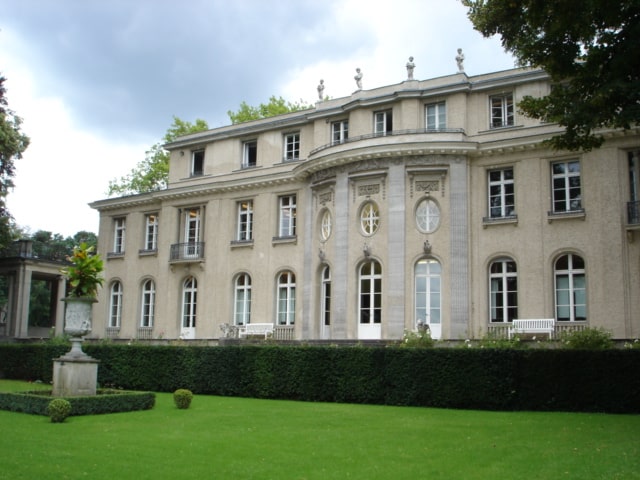 #19. In 1947, US prosecutors found a copy of the minutes of the Wannsee Conference that had belonged to which attendee?

Following his arrest by the Gestapo, Martin Luther – advisor to Foreign Minister Joachim von Ribbentrop – was sent to Sachsenhausen Concentration Camp, with his professional records confiscated. One of the documents discovered in this cache by US investigators in 1947 was the minutes of the Wannsee Conference from 1942 – the only remaining copy.

#20. True or False: on January 30th, 1943, a national day of celebration marking the 10th anniversary of Hitler’s rise to power, speeches by Hermann Göring and Joseph Goebbels were interrupted by an assasination attempt?

On January 30, 1943, a national day of celebration took place – marking the 10th anniversary of Hitler’s rise to power. Two separate speeches by Joseph Goebbels and Hermann Göring would be interrupted by Royal Air Force bombers from Nos. 105 and 139 Squadron in the RAF’s first daylight bombing attack on Germany’s largest city. Low-flying Mosquito bombers, made out of wood, had penetrated German air defences specifically to target the speeches – made at 11am and 4pm – with the raids timed to hit at exactly the moment when Goebbels and Göring were set to take the stage.

It seems you can easily claim to be an expert on the history of Nazi Germany.

If you’re looking to learn more, consider one of our Capital of Tyranny tours covering the major and minor sites in Berlin related to the history of Nazi Germany and life in Hitler’s capital city.

Next time you’re heading to Berlin make sure to check out our history tours, where you’re guaranteed to learn more about Nazi Germany. Specifically our Capital of Tyranny tour might be just what you are looking for.

Try Our Other Quizzes: 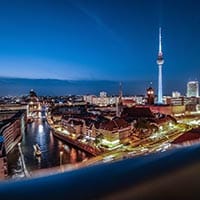 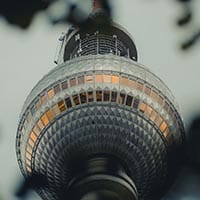 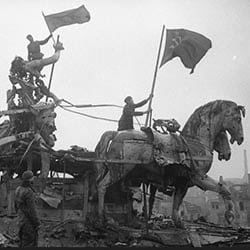 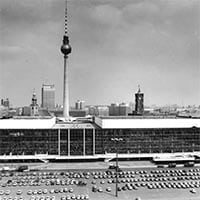 The Republic Of Fear Quiz: How Much Do You Know About East Germany? 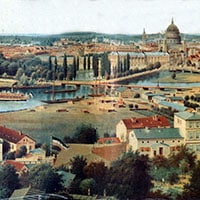 The Glory Of Prussia Quiz: How Much Do You Know About Prussia? 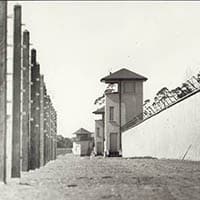 The Invention Of Hell Quiz: How Much Do You Know About Sachsenhausen?