It is often said that you can tell a lot about a person by their relationship with animals; that owners often come to look and behave like their pets. Or is it perhaps more that people choose their pets to correspond to their personality? Nazi leader Adolf Hitler’s love of dogs, for example, is well documented but what is there to make of his relationship with reptiles?

Solving the enigma of the ‘Führer’ has become a preoccupation for many, since the arrival of the Austrian-German onto the world stage – although moving beyond the mythology without falling into the trap of prejudically extrapolating on the psychopathography of Hitler or demonising so as to excuse his actions has proven problematic. What to make of the man who became more than the sum of his masks? The painter; the military dilettante, the mass murderer, the teetotaler, the animal lover, the vegetarian, the anti-semite and anti-smoker… but also the drug addict? 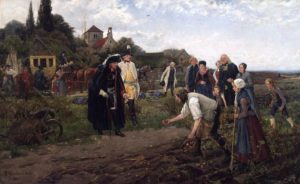 Did Frederick The Great Introduce The Potato To Germany? – Mythbusting Berlin

One of the more bizarre claims to fame attributed to the first King of Prussia is that the man who would go down in history known as Frederick the Great introduced the potato to Germany during his reign back in the 1700s. This starchy root vegetable has undoubtedly become a staple part of German cuisine – an essential addition to any plate of Schnitzel, Schweinshaxn, and Königsberger Klopse – however, whether Frederick the Great is truly deserving of the additional moniker, Der Kartoffelkönig (the potato king), deserves closer inspection. 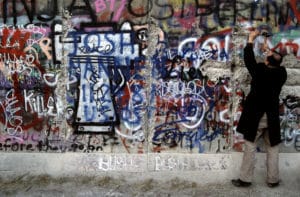 On a seasonally crisp night in November 1989, one of the most astonishing events of the 20th century occurred. After twenty eight years, three months, and twenty eight days of defining and dividing the German capital, the Berlin Wall ceased to exist – at least in an abstract sense. Although the removal of this symbol of the failure of the East German system would take some time, its purpose – as a border fortification erected to prevent citizens of the German Democratic Republic from entering West Berlin – was abrogated in an instant. How exactly this happened we will be exploring in the latest addition to our Mythbusting Berlin series… 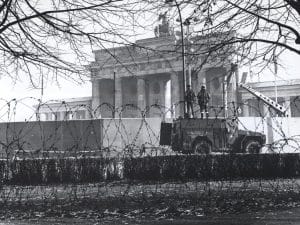 One of the most common questions I have encountered from people curious about Berlin, and often so cryptically phrased. Who built the Berlin Wall? A simple five-word query, yet one that can be read one of two ways. More than thirty years since the ‘Fall of the Wall’, the story of its construction continues to baffle many who are mainly familiar with its existence through knowledge of its importance… 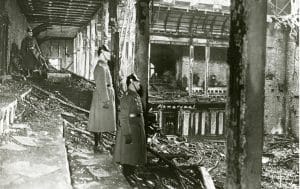 Various theories have been posited as to who actually set fire to the German parliament in 1933. Was it the opening act in an attempted Communist coup or a calculated false flag operation carried out by elements of the Nazi Party, design to create the conditions necessary for introducing single-party rule? And what part did the young man from Holland, arrested shirtless inside the building the night of the fire, play in this event?