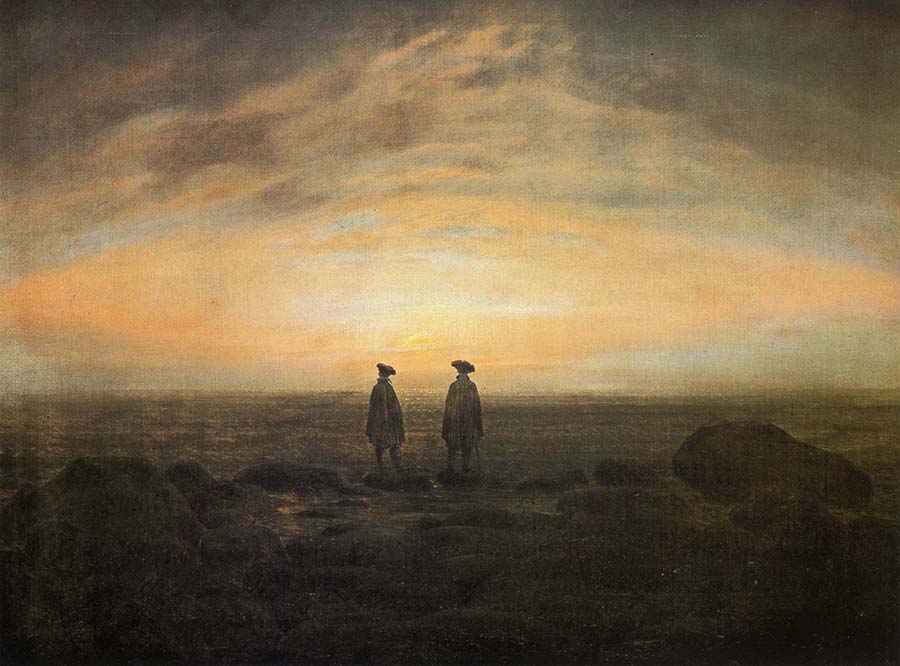 Berlin has museum culture at its heart. Radiating from an entire island in the centre of the city - complete with an ensemble of museums - chronicling six thousand years of human history.

A vital constituent in the European narrative, it is not hard to argue the case that Berlin in its entirety is in-fact one huge open-air museum. Its streets serving as corridors leading to the monuments and building of its permanent collection – the story continuing behind the many doors waiting to be opened. And the list of world-class Berlin museums is impressive.

With more than 180 fascinating museum institutions, covering everything from classical antiquities to the history of hemp, the choice in Berlin is overwhelming.

To help out we’ve highlighted ten Berlin museums that remain a must see for anyone visiting the city.

The Alte Nationalgalerie (Old National Gallery) is just one of five state museums huddled on Berlin’s UNESCO world heritage listed Museum Island. It was founded in 1861, after banker Johann Heinrich Wagener donated over two hundred artworks. Now spread over three floors, the museum boasts one of the largest collections of 19th century European art in Germany to survive the Nazi regime – including works from German romantic painter Caspar David Friedrich (see image above). It also houses Romantic and Modernist works, as well as being the first museum in the world to purchase Impressionist art – keep a lookout for the odd Monet and Manet painting, and works by Max Liebermann, a pioneer of German impressionism.

Don’t miss: Johann Gottfried Schadow’s “Princesses Luis and Freiderike” on the first floor and Louis Sussmann-Hellborn’s 1878 “Sleeping Beauty”- the intricate detail in the leaves and flowers will give you goosebumps!

The fall of the Berlin wall in 1989 set the tone for the formation of the Stasi museum. Born from anti-Stalinist civil rights activism in 1990, the Stasimuseum is located in House 1, previously the main building in the administrative headquarters of the East German Ministry of State Security, more commonly known as the Stasi. The Stasi museum documents, researches and preserves all things in relation to former German Democratic Republic (East Germany), acting as a memorial for the injustices of the GDR regime. It highlights the repression of Germany’s own people and the effect it had on the population. As fascinating as it is disturbing, the lessons offered here still hold true to the title of the museum’s first incarnation in 1990, a title borrowed from Spanish painter Francisco Goya: “the sleep of reason” – as Goya observed, “brings forth monsters”.

Don’t miss: The preserved office of Erich Mielke, who was once the Minister of State Security (head of the Stasi) and arguably the most powerful man in East Germany.

The contemporary art exhibited in the Hamburger Bahnhof museum documents art movements starting from the 1960s, using prominent figures work, such as Andy Warhol and Joseph Beuys, as examples. Part of the National Gallery, mediums range from drawing and painting to photomedia, often exploring technology’s effect on the nature of art. The exhibitions are regularly changed and curated to different themes. Formerly, the last stop on the Berlin-Hamburg Railway line (and a museum of transport and technology) the original use of the building is still evident in the architecture. Offering some interesting gallery spaces, due to their large size and high ceilings, the artworks are often spread out on a large scale allowing the observers to fully immerse themselves in the viewing experience.

The Deutsches Historisches Museum takes you back in time to offer a thought-provoking insight into not only the German story but the country’s shared history with the rest of Europe. It portrays a variety of perspectives, exposing visitors to the grand narratives that have competed to seize control of Germany’s past, present and future . This is most evident in the permanent exhibition, recounting 1500+ years from Germany’s past and covering a range of topics such as the history of language, political ideologies, World War I and the Nazi Regime. The Museum also has a library, picture archive and online object database; whether you are looking for something in particular or just want to sit back and read a book in silence. One of the most important Berlin museums on our list, the Deutsches Historisches Museum is Germany’s official national historical museum.

Don’t miss: The warrior sculptures in the courtyard, the temporary exhibitions and the distinct spiral staircase at the rear of the building which can be seen through glass from the outside (designed by I.M Pei).

When visiting Berlin, it’s hard to ignore Germany’s role in Jewish history, and conversely, the Jewish role in German history. The sleek silver building by Polish-American architect Daniel Libeskind that houses part of the Jewish museum, identifiable by its unusual deconstructivist-style, stands out when compared to the older baroque style building it is connected to. The zigzagged roundabout shape of the Libeskind building (from an aerial perspective) is said to symbolize the strained story of that German-Jewish history. Pairing it with the older baroque style building constrasts the fractured sense of Jewish history, the rupture of the Holocaust (represented by the Libeskind building) with the civil base of the original building. But the design of the museum is not the only reason it attracts approximately 2,000 visitors per day. Prepared at a level that will entice both those versed in Jewish history and those curious for the first time, the permanent exhibition explores not only the Holocaust but also the German-Jewish relationship from the Middle Ages to the present. The museum is particularly engaging in its use of the case studies of significant individuals, photographic evidence and interactive stations.

Don’t miss: The Holocaust Tower and the Garden of Exile.

From the early 1930s to 1945 this site was the headquarters of the Gestapo and the SS, key instruments of repression in the Nazi regime. The museum that now occupies this plot of land is divided into three permanent exhibitions, the ‘Gestapo, SS and Reich Main Security Office’, ‘Berlin 1933-1945. Between propaganda and terror’ and ‘The historical site “Topography of Terror”. These permenant exhibitions are proof complete of a nation embracing its history, preferring to honestly confront the history of the terror institutions in Nazi German rather than shy away from an uncomfortable subject. Organised in chronological order, from the beginnings of the Nazi security services to the trials and confrontations in German society (or sometimes lack of) that took place after WW2, mentally prepare yourself to spend a few hours here reading through the dark and disturbing aspects of the Nazi regime. There are Berlin museums aplenty that deal with important history; but this one is unique in its location on a perpetrator site – and also focusing on analysing the perpetrator history, rather than as a museum of remembrance for the victims of National Socialist crimes. A unique study of perspective that avoids the pitfalls of apology or excuse.

Dont miss: The remaining parts of the Berlin Wall stood alongside the exhibit

Who would have thought such a beautiful building could play such a dark role in history. The Haus der Wannsee Konferenz museum is pivotal in portraying the events that led up to the Holocaust, acting as a memorial for the Nazi persecution of European Jewry. In 1942, senior government officials and SS leaders were invited to discuss the problem of the ‘Jewish question’, pledging their cooperation in the planned deportation and murder of millions of Jews. Despite the manor being quite small, the permanent exhibition is packed full of information that chronologically documents the events that led to the Holocaust. Pairing a visit here with a visit to a concentration camp such as Sachsenhausen, north of Berlin, is highly recommended.

Don’t miss: The room where the meeting occurred, photographs of the people involved and the minutes.

The DDR museum differs to other Berlin museums as it allows you to fully immerse yourself in life during the Cold War, looking past common banalities and employing all of your senses with a hands on approach (the slogan of the museum is literally “History to touch”). Highlights include an authentic kitchen in a GDR home typical for the period, a room that emulates the secret police interrogation process and a virtual tour of the area in a Trabi (a type of car made from 1957-1990 by an East German company). Other key information points include facts about the Stasi and the Wall.

Haus am Checkpoint Charlie (now known as the Mauer Museum)

Checkpoint Charlie was an official crossing point between West and East Berlin during the Cold War and the site, from 1962, of one of the most important private Berlin museums on our list. Interestingly, the Haus am Checkpoint Charlie was formed right after the Wall went up in a two-room apartment, as a exhibition aimed at drawing attention to human rights and the oppressive actions of the East German state. Now it has expanded in size and documents many of the successful techniques used to escape from East Berlin. Attempts to cross the Wall could actually be viewed from the apartment – through a small window in the northern side of the building. Checkpoint Charlie was a flashpoint for conflict between the East and West and the site of numerous Cold War protests. In October 1961, the United States and the Soviet forces engaged in a stand off, their tanks staring each other down for 16 hours, only metres from where the museum now stands.

After having been badly damaged during World War II and laying idle for many years, initiative was taken in the 1980s to transform this damaged shell of a building into the interesting modern museum that it is today – replicating much of the original interior. Its Neoclassical architecture is fitting for its location on Museum Island. Historic not only in the collection stored here but also in the construction of the building – the use of iron in the museum’s construction was one of the first prime examples of the positive impact of industrialization in the 1800s – a steam engine was even used. Inside the Neues Museum, one of five Berlin museums on the UNESCO World Heritage Museumsinsel, you will find an Egyptian Museum, a Papyrus collection, the museum of Pre- and Early history and Classical Antiquities.

Don’t miss: The iconic bust of the Egyptian queen Nefertiti.