Visit the reichstag cupola at night

The Illuminated Summit Of Germany Reimagined

The sun sets on the Reichstag like any other building. Except inside, a colossal fountain of mirrors reflects the fading light across patented-blue plenary seating.

Public access to the glass-and-steel cupola that contains this unique tower on top of the building is possible by prior online registration, affording visitors a birds-eye-view of the plenary chamber and official proceedings that take place there throughout the week.

In contrast to the impenetrable Wilhelminian Neo-Baroque/Renaissance body of the structure with its ornamental majesty, the unadorned cupola offers a clear view of the parliamentary chamber of the organisation – the Bundestag – based here.

The symbolism of this disharmony could not be more apparent; that which is old and traditional forms the base, but the defining summit of the structure is its forthright and honest dome. Lacking the imperial signifiers of Prussia or the imposing features of dictatorship that found their place in 20th century Germany, instead there is the simple candour of glass and steel.

No other building but the Reichstag better stands to represent the troubled evolution of the German nation – and the distinctly introspective current political climate of the country that now crowns it. 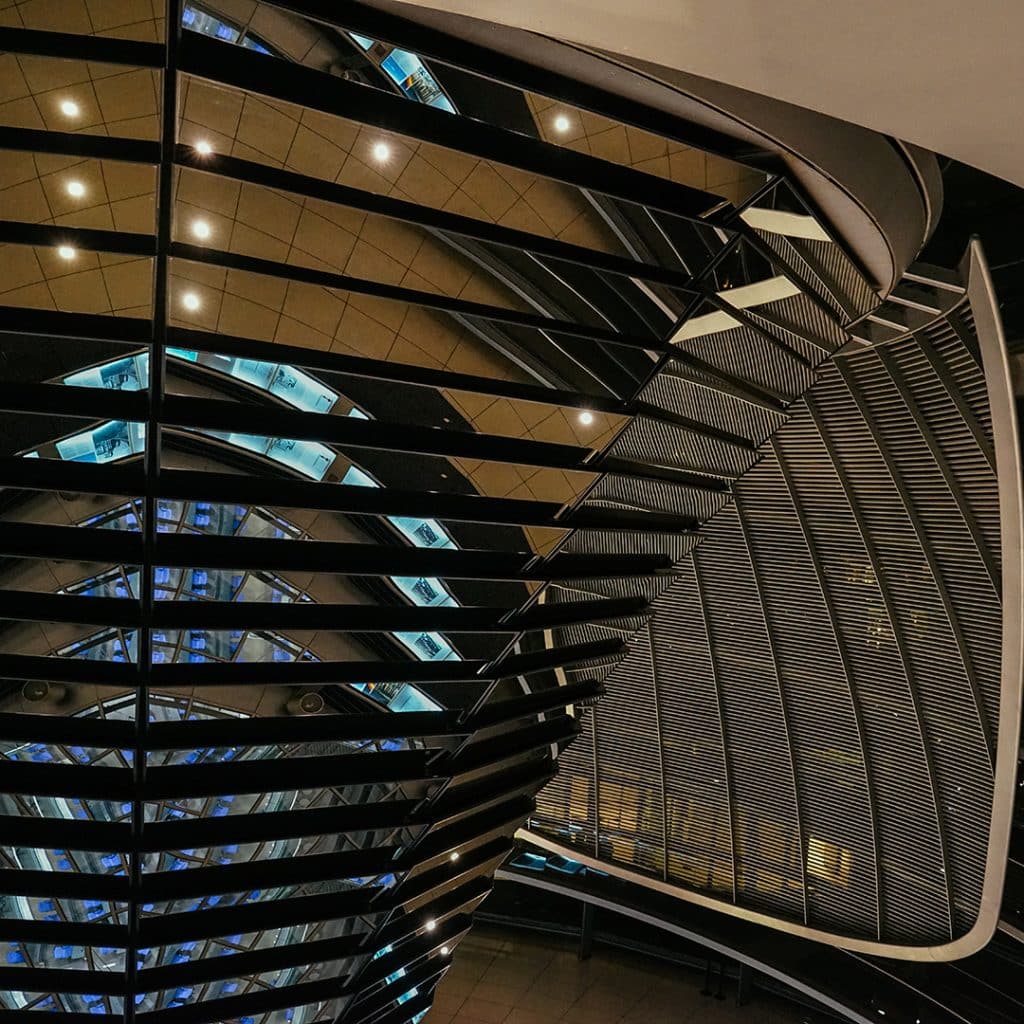 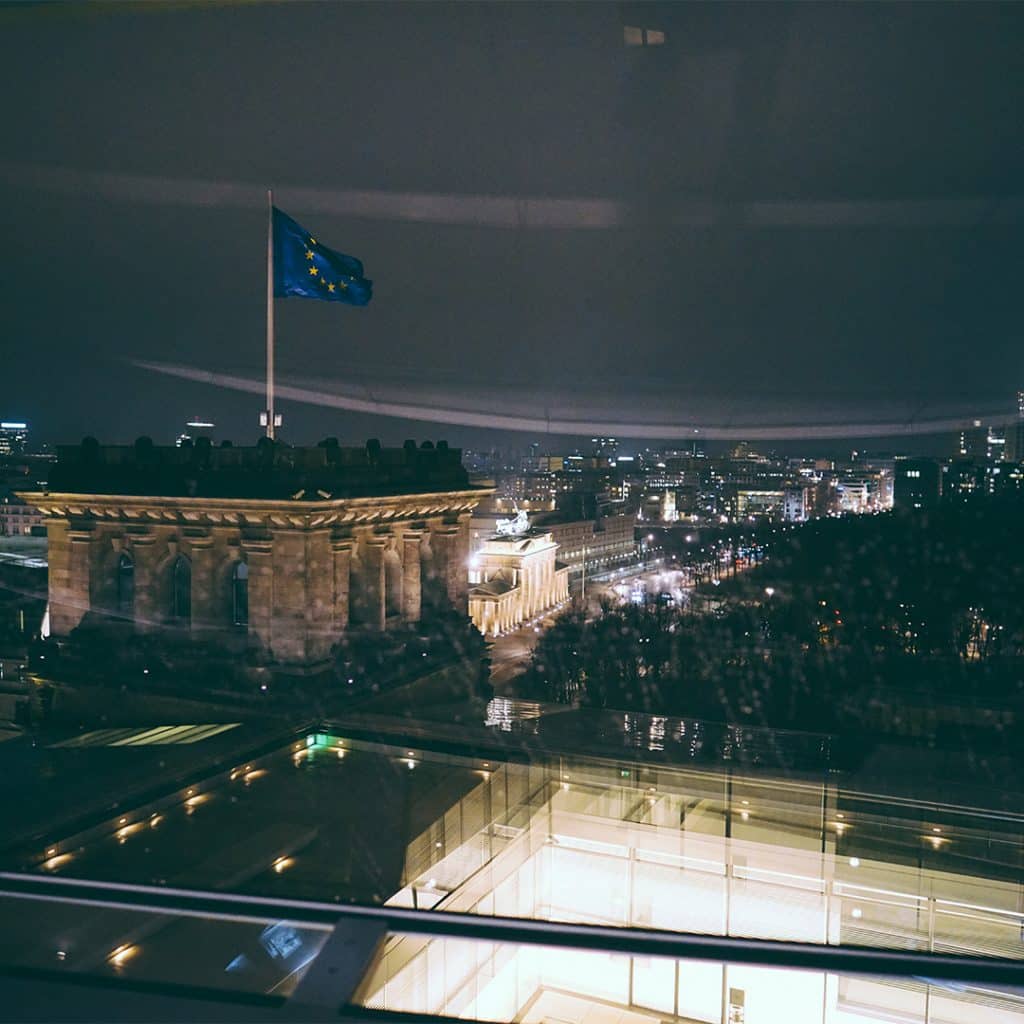 Due to the building’s position in the city, and proximity to some of Berlin’s major historical sites, the roof and cupola of the structure also offer an exceptional 360º panorama of the city skyline and the landmarks nearby.

Notably, after the sun has set, however, the defining glass dome takes on a more enchanting quality, as a beacon atop the building, surrounded by the darkness of the former royal hunting ground – the Tiergarten – on one side, and the Band des Bundes (the Federal Band) of the German government district (Regierungsviertel), and slow-moving River Spree, on the other.

As one of Imperial Germany’s main democratic institutions, the original Reichstag (Imperial Parliament) – from which the building gets its name – served as the lower parliament of the country. The members of this parliament vested with legislative powers to introduce laws and amendments to the country’s political system; although at that time still subservient to the monarch – William II – who ruled the country from 1888 until 1918. The construction of the Reichstag building from 1884 would take place under the reign of three successive Emperors. William I, Frederick III, and William II. The latter was so averse to the parliament that after it was finally completed under his rule he took to referring to it as the ‘imperial monkey house’ (Reichsaffenhaus).

As surely as every king needs a crown; every circus needs a tent.

The Reichstag was designed by architect Paul Wallot to resemble Memorial Hall in Philadelphia?

Completed in 1894, twenty-three years after the formation of the German Empire, the Reichstag building was designed by Paul Wallot, a relatively unknown German-speaking architect of French Huguenot descent. Wallot’s concept – inspired by the Memorial Hall in Philadelphia – was chosen as the winning design in a competition held by a parliamentary commission. Like the present day form of the building, this original design also featured a glass domed roof – considered revolutionary at the time – that ensured natural light would illuminate the proceedings below.

The proposed location of the building was however at that time occupied by a palatial residence, owned by a Polish-Prussian aristocrat – unaware of the plans to dehouse him and entirely reluctant to part with his established position until given a prominent place of resettlement.

While now considered centrally located in the city of Berlin, the Reichstag when completed in 1894 was actually situated outside the city boundaries – west of the Brandenburg Gate. It was not until the passage of the Greater Berlin Act in 1920 that the Tiergarten and the Reichstag would be fully incorporated into the city. 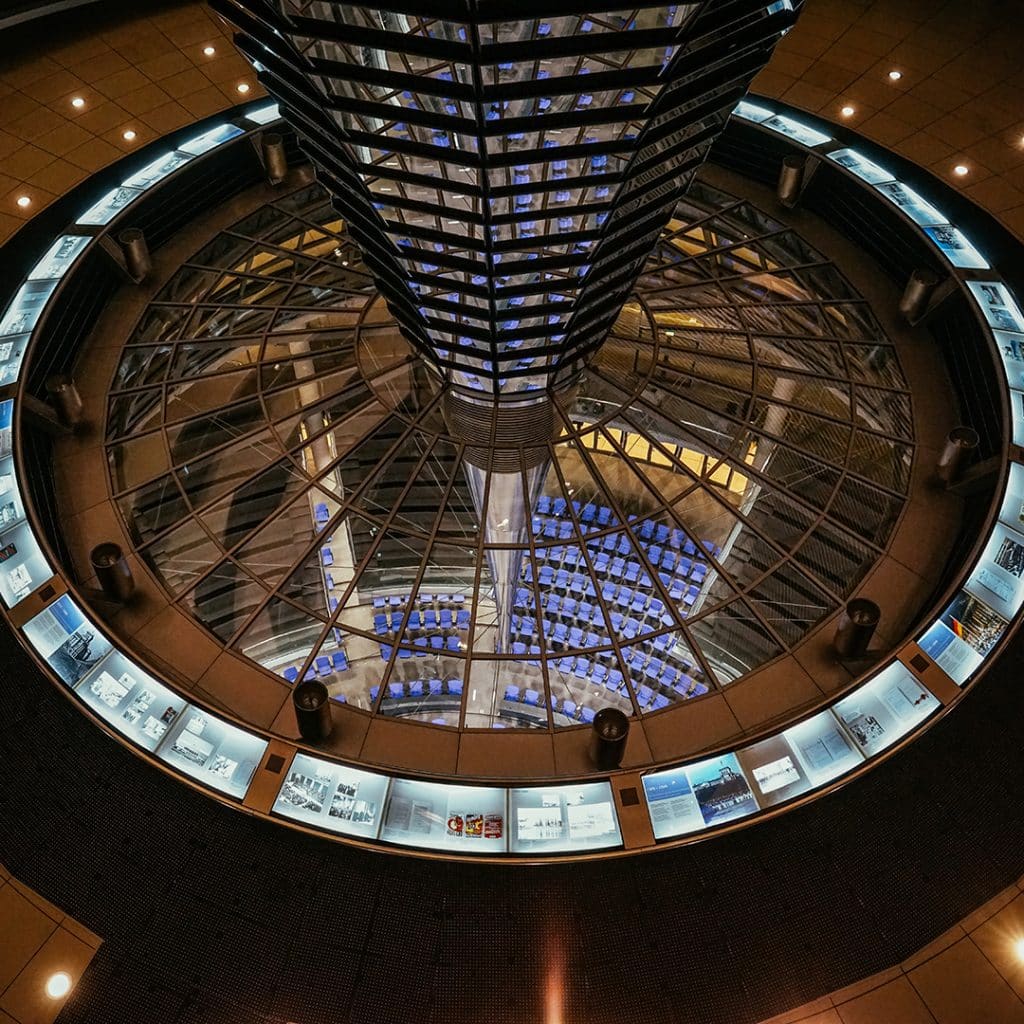 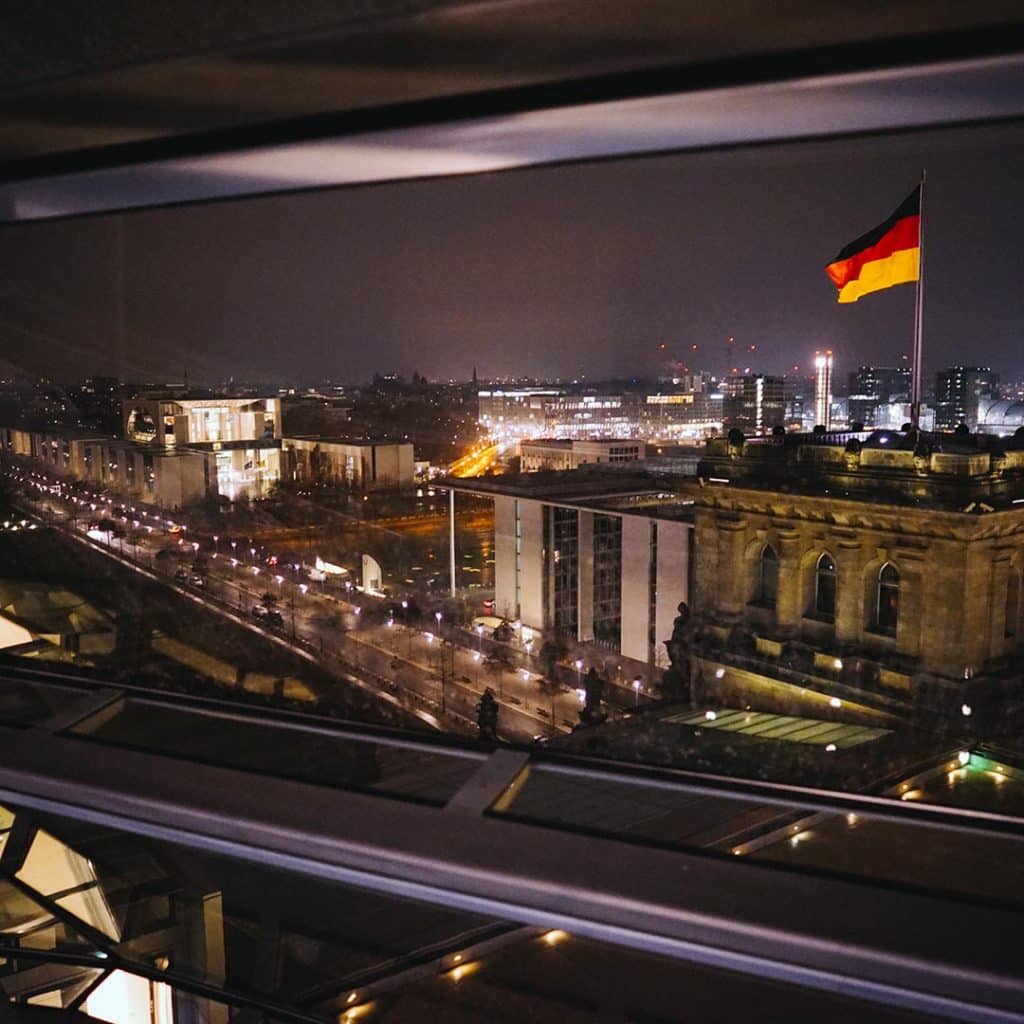 From above, the Reichstag resembles a figure of eight, with two inner courtyards visible from the roof. As the sun moves around the building during the day, a giant automatic reflector inside the glass cupola tracks its path to block any unwanted solar gain in the main parliamentary chamber. Not only does the cupola provide ventilation for the plenary – with the peak open to the sky – but also includes a walkway that visitors can take around the inside of the dome to reach the oculus roof.

Prussian king, Frederick the Great, famously said that a crown is simply a hat that lets the rain in. The cupola crowning the Reichstag is designed to do just that.

Symbolically open to the elements and as a pathway to the stars.

Like the Pantheon in Rome; or the similar Neue Wache in Berlin on nearby Unter den Linden; the cupola on the Reichstag – and the building itself – is now open to the world – a skylit edifice that offers the sun, rain, and the wind – not to the gods or a mother mourning her son – but to the beating heart of political life in Germany.

Some useful links related to the Reichstag: